The Naj Tunich cave was discovered in 1980 by Michael DeVine. This discovery was followed by numerous investigations in the eighties that culminated in a new branch, Mayan Caves Archeology.

Naj Tunich is definitely the most important site, showing unrivaled architectural beauty and unsurpassed in what has been found so far. In its vaults we can appreciate royal tombs and an exceptional set of inscriptions and paintings.
Naj Tunich literally means “Stone House” in the Mayan language, because the caves were considered places where the gods lived. Naj Tunich is presumed to have been a sacred site in the Pre-Classic period (+ – 100 BC) and continued in use until the late Classic era (- + 550-900AD)

In 1998, the Guatemalan government closed the cave to the public to protect the paintings from vandalism and other damage. In 2007 a replica was inaugurated 400 mts from the original and is now open to the public.

La Compuerta, Maya Kekchi community, is the host of the site and will welcome you to the entrance of the cave. Upon arrival, the first experience will be the lifestyle of this small town and its inhabitants, tour guides.

In support of this community, the authorized guides received courses in Mayan glyphs organized by two local NGOs (INTECAP and TURISURP), who work in community development and tourism.

On the trip that lasts 7 to 8 hours you can admire the enormous entrance to the original cave with tombs, stalagmites and stalactites before going on to the replica with copies of the most important drawings. 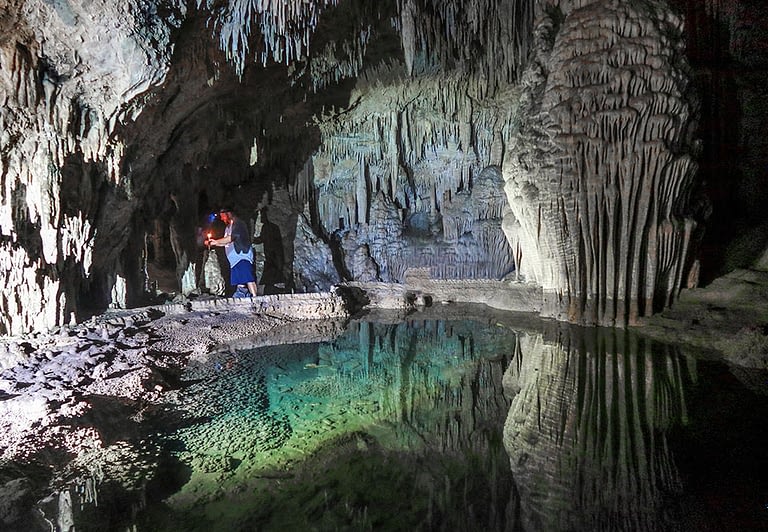 Please submit your details and we will contact you.